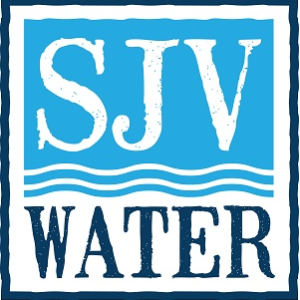 Six subbasins covering nearly all of  the central and southern San Joaquin Valley do not have adequate plans to address falling groundwater levels, according to letters sent Thursday by the Department of Water Resources to groundwater agencies within those subbasins.

Subbasins with plans not likely to pass muster include the Delta-Mendota, Kaweah, Kern County, Kings, Tulare Lake and Tule.

Though DWR suggested the plans would not be approved, it did not say why — exactly.

The letters, all nearly identically worded, suggest plan managers should review previous letters sent to other groundwater sustainability agencies last month that did detail deficiencies in those plans.

In general, the plans need to be more clear about the impact of dropping groundwater levels and land subsidence, said Paul Gosselin, deputy director for DWR’s Sustainable Groundwater Management Office.

Groundwater plans are required under the state’s Sustainable Groundwater Management Act and must outline how managers will bring overdrafted aquifers into balance by 2040. Generally, that means more water shouldn’t be pumped out than goes back in.

Agencies submitted their plans in January 2020 and DWR has had two years to review them. Its first formal evaluations are due in January 2022. The agency can approve the plans, find them inadequate or incomplete. If they don’t win approval, plan managers then have six months to bring them up to snuff.

Though the first formal evaluations aren’t legally due until January 2022, DWR has issued preliminary assessments to 12 groundwater plans. It has approved six plans and alerted managers of six others that their plans would likely not be approved because of deficiencies that were painstakingly detailed by DWR.

This round of assessments was more generic because the department is so close to issuing its formal evaluations in January, Gosselin said.

“It became sort of a time crunch,” said Gosselin.

This batch of  letters was meant as a “heads up” to water managers so they could be better prepared to start addressing issues come January, said Gosselin.

“We won’t have the official determination and detail until January to know what we’re really dealing with,” wrote Eric Osterling, general manager of the Greater Kaweah Groundwater Sustainability Agency, in an email. “But all indications as of now point to issues that should be addressable within the 180-day window.”

“For a basin as complex as ours, with five groundwater sustainability plans and all the entities that need to coordinate, it’s not surprising there would be further refinements to do and we will have the first part of next year to get those done,” he said.

“As before, no need to blather about non final letters,” wrote Jeof Wyrick in an email. Wyrick is the manager for the El Rico GSA, one of five groundwater agencies that submitted a single plan for the Tulare Lake subbasin.

He referred to comments made in August by the State Water Resources Control Board that were highly critical of the Tulare Lake plan for, among other things, allowing so much continued over pumping that the town of Corcoran was projected to sink another 11 feet by 2040. Though the state Water Board is the ultimate enforcement arm of SGMA, Wyrick said it was unclear if those comments would be included in DWR’s final evaluation.