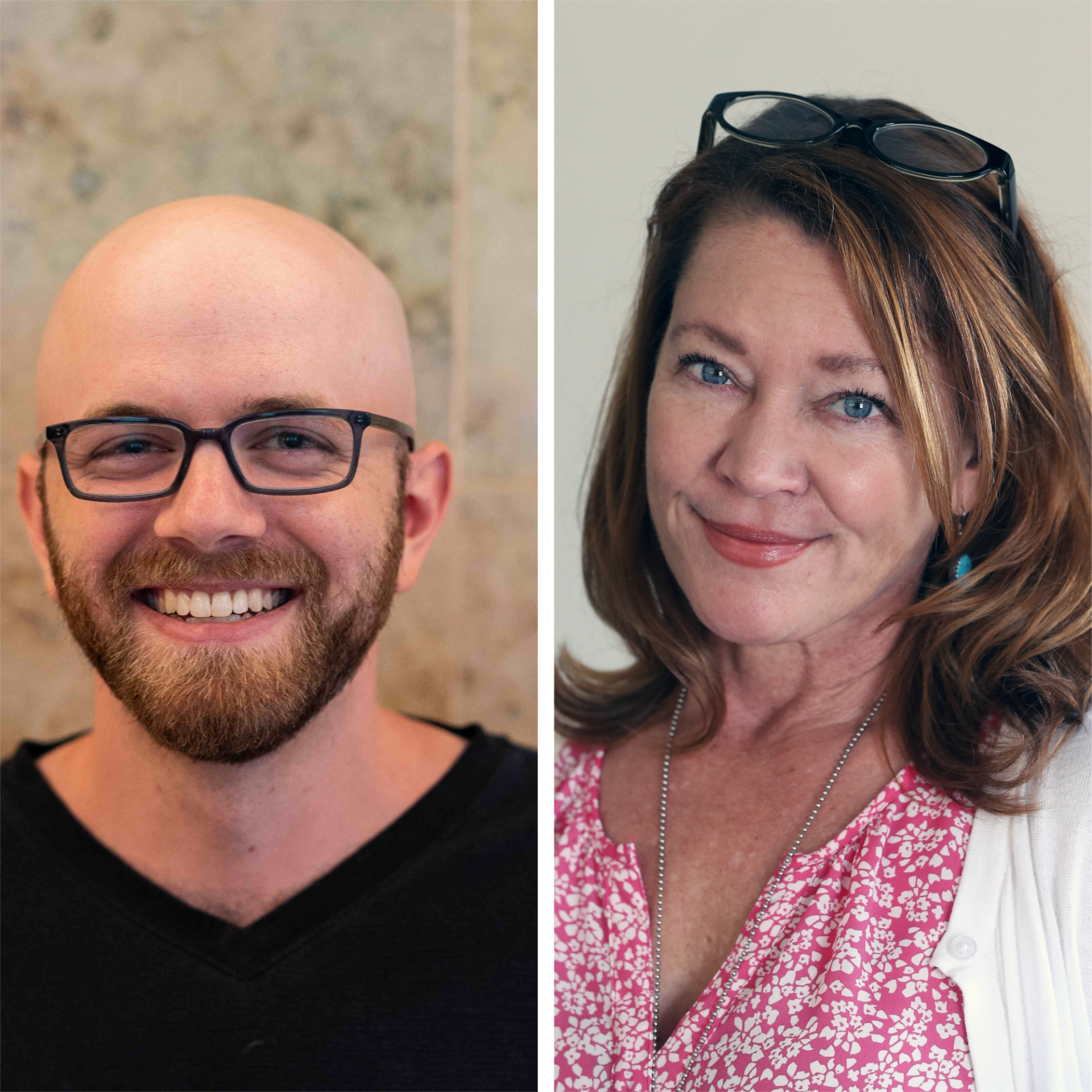 The string of wet storms streaming over California since the end of 2022 have brought the San Joaquin Valley both relief and frustration, depending on location.

In the Fresno area, flows out of Millerton Lake into the San Joaquin River have nearly tripled from 600 cubic feet per second (cfs) to 1,600 cfs.  In the coming days the Bureau of Reclamation, which operates Millerton’s Friant Dam, expects releases to exceed 4,500 cfs.

That’s great for agricultural water districts that take Millerton water on the northern end of the Friant system. And it’s great for the San Joaquin River Restoration Program, which aims to bring back native spring Chinook salmon runs.

The flows will flush the river out, improving spawning habitat, added Portz.  And higher flows will allow salmon to swim past usually unpassable weirs and dams. The last good flow year, 2019, restoration program managers saw a dramatic increase in salmon nests, or redds, up to 209. In 2021, there were only 32.

“Hopefully we get the same number of fish back, hundreds of fish,” Portz said.

Meanwhile, water managers on the southern end of the Friant system are watching those flows with more than a little frustration.

They are being denied the same largess because the Friant-Kern Canal is out of commission in southern Tulare County as repair work continues there to fix a “sag” along a 33-mile section caused by excessive groundwater pumping that sank the land beneath the canal. 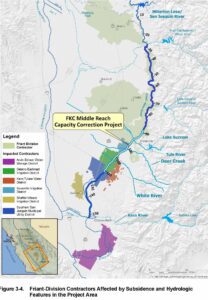 “Yes, some of the water that is being released to the river right now would have, if there were no construction project, been delivered to recharge basins or used by growers,” said Eric R. Quinley, general manager of the Delano-Earlimart Irrigation District.

Quinley estimated southern Friant contractors will have lost out on 95,000 acre feet between now and when the canal reopens. That amount of water would more than fill the 640 acres of recharge basins Delano-Earlimart has built over the last few years. Instead, the basins remain empty.

“It’s really, really frustrating,” he said. “Especially, when we have been proactive building recharge basins to swallow these big gulps of water. We’ve made those investments and are unable to capitalize on them now because of continued, unsustainable pumping that has impacted critical infrastructure and is largely continuing to go on unchecked.”

Quinley stressed that he wasn’t knocking the construction. That was necessary.

But he and other Friant contractors are dismayed at what they see as continued excessive pumping by farmers, mainly in the Eastern Tule Groundwater Sustainability Agency (GSA), which covers many lands outside of irrigation districts. Growers in those areas have typically never paid to build infrastructure such as canals and recharge basins and to buy surface water to recharge the aquifer. They have relied almost exclusively on groundwater.

The Friant Water Authority came to a settlement agreement with Eastern Tule GSA for its farmers to pay a share of the cost to fix the Friant-Kern Canal.

But there have been concerns that Eastern Tule farmers continue to pump excessive amounts. 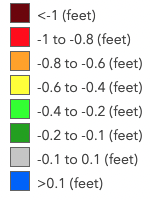 Per the settlement agreement with Friant, Eastern Tule farmers were allowed another three feet of subsidence between 2020 and 2040.

In some areas around the canal, Eastern Tule GSA farmers have pumped so hard the land has already sunk up to two feet since the settlement was forged two years ago, confirmed Rogilio Caudillo, General Manager for Eastern Tule GSA.

The GSA is in the process of gathering data to understand the extent of the sinking and will then implement more strict measures, including possibly cutting off pumping entirely in some areas.

He disagreed with criticism that Eastern Tule GSA has been too liberal with groundwater “credits” and not harsh enough with penalties and restrictions. Pumping allocations are being reduced and Eastern Tule farmers are being charged hefty penalties for going over, he said.

And the GSA created management zones along a two-mile section of the canal fanning out a mile on either side that require landowners to report how much they pump. 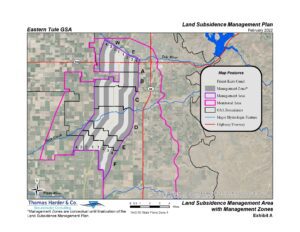 Those areas are subject to even tighter pumping as the land sinks, including no use of groundwater credits from outside the management zone, Caudillo said.

Still, the continued, rapid subsidence sent a chill among Friant water managers reliant on the canal.

“They’re building the canal five feet higher than needed to allow for extra subsidence,” said Kris Lawrence, General Manager of Shafter-Wasco Irrigation district. “That two feet of subsidence has already happened before the project is even done is really concerning.