Of the $22 million in Small Community Drought Relief Program funding, $10 million will pay for seven projects throughout the valley including:

An infusion of state cash will plug several leaky drinking water systems that serve rural communities in the San Joaquin Valley in the near future.

The money, $22 million, comes from the Small Community Drought Relief Program under the Department of Water Resources (DWR). That money will fund 17 projects throughout the state, with about $10 million going to seven San Joaquin Valley projects in Kern, Tulare and Fresno counties. DWR has awarded almost $165 million in total through the program.

“You always like to get money that doesn’t have a lot of strings attached,” said Craig Wallace, general manager of Lindsay-Strathmore Irrigation District, one of the grant recipients.

The irrigation district is based in Lindsay in Tulare County and covers the small, disadvantaged community of Tonyville. DWR awarded the district $1.6 million to replace 5,500 feet of leaking water pipes in Tonyville. 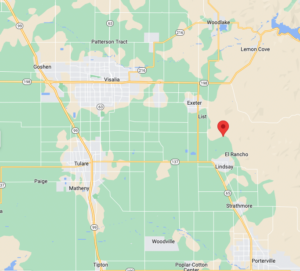 The pipelines are beyond their service life, some at more than 70 years old, said Wallace. The leaking pipes take up a lot of the district staff’s bandwidth, he added. Fixing the pipes will free up staff to focus on the rest of the water system.

“It is going to have a significant impact,” said Alfonso Manrique, contract district engineer for Del Rey Community Services District.

The funding will cover about one mile of pipeline, said Manrique. But it’s not quite enough.

Del Rey staff applied for $2.4 million from the program back in September of 2021. The district has a total of 1.6 miles of pipeline that needs to be replaced. Staff is applying for more funding from the state Drinking Water State Revolving Fund to make up the difference.

Manrique anticipates it will take another few months to cement an official funding agreement with DWR and probably until the end of 2023 to fully complete the project.

“It’s nice to see that we’re finally going to be able to start moving on some of these projects,” said Gary Whitten, director of public works for the tribe. “I’ve been concerned.”

The tribe’s main water transmission line was built in the 1940’s and has required repeated patch jobs, said Whitten. The department has been trying to secure funding to replace the line for years. Whitten secured a $400,000 grant from the Bureau of Reclamation which covered engineering costs. The $2 million will cover construction costs.

“Still not going to resolve all of our water issues but it’s going to help tremendously,” said Whitten.

Four years ago, Whitten budgeted $1.4 million for the project. Those costs have nearly doubled.

But the water line replacement is good to go and Whitten anticipates it will be completed by the middle of 2023.

Visit Site
PrevPreviousThird year of drought pushes price of water to $2,000 an acre foot
NextKern River run off predicted to be downright miserlyNext