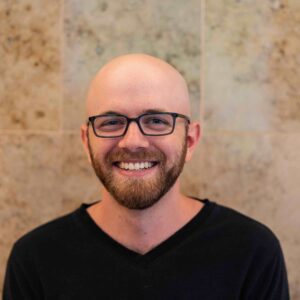 A state program aimed at retiring and repurposing farmland could get $60 million – more than doubling its current funding – under Gov. Newsom’s proposed budget.

The Multibenefit Land Repurposing Program was created with $50 million from the 2021 state budget. The program helps pay for farmland to be taken out of production and repurposed to less water intensive uses.

Farmers in the San Joaquin Valley have pumped groundwater for crops without limits for generations. But groundwater levels are plummeting causing domestic and community wells to dry up and land to sink which has damaged roads, bridges and key regional and statewide canals.

A state law has taken effect and will curb groundwater usage to bring aquifers back to sustainable levels by 2040. But for that to happen, some estimates are that nearly one million acres of farmland in the valley will need to come out of production.

The California Department of Conservation oversees the repurposing program, meant to incentivize growers to retire farmland and help transition it to other uses.

“It’s going to open up the program to more regions so they can start with the planning process,” said David Shabazian, director of the state’s Department of Conservation​, on the proposed $60 million. “The program objective is twofold. One is to find land uses that reduce water demand but then at the same time to be responsive to the lack of water and to make sure the land isn’t simply just going fallow, that there’s another productive use of that land that helps maintain resilience in these agricultural areas and particularly for these disadvantaged communities.”

The new proposed funding comes at a critical time as groundwater restrictions take effect and drought grips the state for a third year in a row, Shabazian added.

The initial $50 million was a start but to retire and repurpose farmland en masse the program will need much more funding, according to advocates.

Requests for program grants exceeded available funds in the first round by 120%, according to a Department of Conservation press release.

“The program’s goal is to avoid simply fallowing agricultural land and to find ways to achieve positive regional environmental and economic outcomes through different uses such as habitat restoration, renewable energy, dryland farming, or recreation,” said Shabazian in the press release.

The Pixley Irrigation District GSA, in Tulare County, also received $10 million which will go toward land repurposing and protecting water resources in the Tule subbasin.

The Department of Conservation has also awarded $2 million to nonprofits Environmental Defense Fund (EDF) and Self-Help Enterprises to coordinate technical assistance and outreach for the repurposing program.

The four-year grant will fund engagement with “historically underserved groups, such as small farmers, farmers of color, disadvantaged communities and tribes, to ensure that they have the ability to shape the program and that projects benefit a diverse array of stakeholders,” according to an EDF press release.

The nonprofits will provide technical support for groups in the valley that don’t have capacity to manage applications or funding alone, said Eddie Ocampo director, community sustainability at Self-Help Enterprises.

“We’re really looking forward to the collaborative effort,” said Ocampo.“The idea is to include different stakeholders from the region.”

California has a record surplus of $97.5 billion, $2 billion of which is proposed for drought needs and building climate-resilient water supplies, according to the revision. The budget still needs approval by the state Legislature, which has until June 15 to pass a budget.