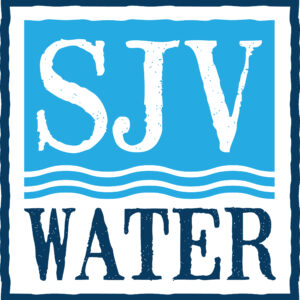 CLICK HERE for a video of Mayra Marquez who explains what it’s like living in Okieville, sometimes without water.

This story was produced with funding and support from Fresnoland, for the Fresno Bee. Republishing is encouraged 48 hours after initial posting.

A lot has happened over the past five years, but not much has changed in the tiny farmworker town of Okieville.

Wells went dry enmasse in Tulare County, including in Okieville, during the last drought in 2012-2016. Since then, the state has funded a new well for the town.

But the water troubles never ended. The well pump malfunctions frequently and can take days to fix, said Mayra Marquez, an Okieville resident.

With the region again in the grip of drought, she’s worried.

“We can wake up tomorrow and not have water,” Marquez said. “It’s very hard not knowing.”

Residents of small, poor, mostly Latino communities throughout the central San Joaquin Valley are echoing Marquez’s concerns. Despite all the attention during the last drought and even some progress on a few projects, the same communities are again going dry or are on the brink.

The question is why?

Some critics say a large part of the answer is that the state, which oversees small drinking water systems, is slow and overly bureaucratic. Other critics put the blame closer to home.

“It depends on the agency but a lot of local agencies are also culpable for not prioritizing the basic needs of their residents,” said Amanda Monaco, water policy coordinator for Leadership Counsel for Justice and Accountability.

Long-term fixes for water systems move slowly, acknowledged Andrew Altevogt, assistant deputy director of the Division of Drinking Water, overseen by the state Water Resources Control Board. How slowly depends on a number of factors.

In some communities homes are served by private wells. In other areas such as Okieville, the water is managed by a private mutual water company. Still other communities use public service districts. When the state steps in with public tax dollars, there’s a heightened level of scrutiny, especially when those tax dollars are used for privately owned systems.

Beyond the legal complexities, each system has its own problems. Those range from old, broken wells to declining groundwater to contamination, or a combination. Some systems simply need a new well. Others require consolidation with a larger, more capable system.

A lack of good drinking water is the problem. But circumstances and solutions are all unique.

Add to that a highly bureaucratic system, according to some water managers, and the situation can be ripe for inertia.

The Lamont Public Utilities District has been working for eight years to consolidate a smaller system called El Adobe, which has contaminated water, said Scott Taylor, director of Lamont PUD.

In a statement, a Water Board spokesperson wrote that the board has been working with Lamont but the process has been complicated by contamination, and other issues. Taylor acknowledged the state finally did provide the district $4 million this past April but only on an emergency basis after one of the district’s wells failed and Taylor had to involve numerous politicians to lobby on Lamont PUD’s behalf.

All of these measures are intended to focus on disadvantaged communities.

Complaints about red tape aren’t a surprise to state regulators. In fact, the Division of Drinking water is trying to streamline its processes, said Altevogt.

It has hired nonprofits such as Self-Help Enterprises to connect with small water systems — often run by volunteers — to help them work through the system, Altevogt said, adding that the Division of Drinking Water is also working to complete some regulatory steps in parallel so multiple tasks can be done simultaneously.

Those changes may be too late for Jovita Torres who lives in Tombstone Territory, near the City of Sanger in Fresno County. Tombstone residents rely on private wells. Three have already gone dry and Torres has started seeing sand in her own water.

Torres knows it may be a matter of time before her well dries up and she has to stretch a hose across the street to her neighbor’s home for enough water to wash dishes and flush her toilet, as she did in 2016 for months on end.

She’s frustrated and said if she had the money, she’d pack up her home of 30 years and get out. What happened to all the promises made by the state after the last drought, she wonders?

“I think they’ve forgotten about us,” Torres said in Spanish through an interpreter.

Tombstone has a plan to be consolidated under Sanger’s municipal system. And it has state funding. But years have gone by and not a single pipe has been laid.

“This project has taken a lot of time and I’m not sure what is going on,” Torres said. “We’re left with no answers, so we have no hope. We need help.”

Torres was hopeful back in 2019 when Gov. Gavin Newsom came to town to sign the SAFER bill to fund water infrastructure for disadvantaged communities.

That same year, Sen. Melissa Hurtado snagged $1 million from the budget for the project in Tombstone. Another $2 million was dedicated from Proposition 68.

By all accounts the project is moving along well. The design phase is nearly done and the project is expected to be completed in 2022. But it hasn’t moved fast enough to outrun drought.

“That’s one illustration of how time is not on our side when it comes to this drought cycle,” said Jessi Snyder, director of community development for Self-Help Enterprises.

In the 340-person town of Tooleville, east of Exeter in Tulare County, one of the community’s two wells went dry in late July because of dropping ground water levels.

There isn’t an ongoing project in Tooleville despite the town’s decades-long struggle with contamination issues. In 2001, residents tried to start a consolidation with nearby Exeter, but Exeter city officials refused. So far, the state Water Resources Control Board has not forced a consolidation.

The Water Board can force consolidation under limited terms, including when a water system is tainted with a regulated pollutant. Tooleville’s water has hexavalent chromium, or chromium-6, a toxic heavy metal. But chromium-6 isn’t regulated.

The well that went dry in July has since found some water but both wells are in bad shape. The main well is expected to go dry within six months, said Michael Claiborne, directing attorney for Leadership Counsel for Justice and Accountability, a nonprofit community activist group.

Claiborne is hopeful the state will force a consolidation, considering the condition of the wells.

“We don’t think that we should be starting the process at the beginning at that point,” said Claiborne.

Even communities with completed water projects still have some problems.

In Okieville in Tulare County, private wells went dry in 2015 during the last drought. The state stepped in and built a community well in 2018. As of April, 2021, 68 homes had been connected to the well. The state Water Board funded the project with a grant of $3.5 million and another $1.3 million from the Department of Water Resources and U.S. Department of Agriculture.

The town doesn’t have a backup water source. If the well fails, people are simply out of water, said Martin Sanchez, board president of the Okieville-Highland Acres Mutual Water Company, which runs the system.

Mayra Marquez’s house is cooled by a swamp cooler which runs on water, and when the well goes down, it can reach 120 degrees in her home in a heat wave, she said.

Marquez said the town has been written off since Okieville’s well was built. She hasn’t seen any interest from the state or elsewhere in helping her community again.

“Now it’s like, ‘Okay it’s fine. It’s over, get over it. You guys are done.’ But it’s not,” Marquez said. “Just because we have water now doesn’t mean you’re okay. I don’t think anybody around here can sit down and say, ‘I’m going to have water tomorrow’.”

“TOO SMALL, TOO EXPENSIVE”

The Tulare County Board of Supervisors blames the state for the recurring issues. Supervisors accuse the state of going only so far, but not far enough, to solve water problems in small, disadvantaged communities.

In a July 19 letter to Gov. Newsom, supervisors pleaded for significantly more state funding to provide sustainable water solutions for vulnerable communities. They urged the governor to use the state’s budget surplus to “tackle these expensive and difficult projects.”

The letter accuses the state of not recognizing the worth of investing in projects in small communities and characterizing them as “too small, too expensive.”

“Too often community projects are funded, and the systems returned to compliance, only to be deemed ‘good enough’ and no longer eligible for the more sustainable long-term regionalization project,” the letter stated.

The board pointed to recurring problems in the small town of Teviston as a prime example of how cheaper, one-time solutions haven’t worked. The state has helped repair and redrill the small farmworker town’s well several times, going back to 2012. Yet problems persist, including a broken pump in June that left the town dry for a month. What Teviston really needs, the supervisors’ letter stated, is $4 million for an interim new well and another $2 million to connect to a larger, more capable system.

The recently passed state budget does allocate $1.3 billion for drinking water in disadvantaged communities. It remains to be seen how these central San Joaquin Valley communities might benefit.

Even the best new wells with money to maintain them might not be adequate for rural towns like Teviston, which is smack in the middle of farming country.

That’s because relying on groundwater may not be realistic anymore, said Martin Correa Jr., board president of the Teviston Community Services District.

Groundwater in the central San Joaquin Valley continues to be severely over pumped for farming needs, which puts typically shallower drinking water wells in jeopardy. Drought has only exacerbated that threat. The Pixley Irrigation District Groundwater Sustainability Agency reported that between the spring and fall of 2020, groundwater levels dropped 48.9 feet in the Teviston area.

“It is something to worry about, wells drying up or collapsing down the road,” Correa Jr. said. “I’m not sure how much time we have before that happens, but it is concerning; it is something that’s definitely in mind.”

Under a new state law, groundwater sustainability agencies were formed in each water basin and are mandated to bring aquifers into “balance,” meaning more water can’t be pumped out than goes back in. But that law doesn’t go into full effect until 2040.

Teviston’s well failure in June wasn’t related to dropping groundwater levels according to the state Water Board, but the declines are worrying to residents and not just in Teviston.

Groundwater levels fell an average of 23 feet between spring 2020 and spring 2021 in the nearby Mid-Kaweah Groundwater Sustainability Agency’s coverage area, which covers Okieville and other rural areas in Tulare county.

EVEN THE DIRT HAS CHANGED

Meanwhile, Marquez doesn’t think her home will ever be the same. She remembers growing up in Okieville when it was lush with vegetation and green grass, and her mother’s yard — bursting with color from flowers and trees — was one of the most stunning in town.

That was before the 2012-2016 drought. Since then, her mother’s yard, like much of the rest of the town, has gone dry, brown and dead. Water is so scarce and unreliable, it doesn’t make sense to waste it on watering, Marquez said.

Even the dirt has changed, she added. The soil in her mother’s barren yard is so dry, it repels water.

“We hope people can see the struggles,” said Marquez. “I don’t think some people realize how bad it is, until you go through it.”