Agency basics
The Kern County Water Agency was created by the Legislature in 1961 when the State Water Project was being built. The SWP brings water from the Sacramento-San Joaquin Delta south via the California Aqueduct to valley farms and towns and to the behemoth Metropolitan Water District, which supplies most of southern California’s water.

The agency holds the state water contract on behalf of 13 Kern County agricultural water districts and what’s known as Improvement District 4, which supplies state water to a number of drinking water entities in northeast Bakersfield.

It contracts with the state Department of Water Resources for 1 million acre feet of water, which it distributes to its ag and domestic water customers.

So, while the agency works very closely with its ag district members, it is very much a public agency, whose directors are publicly elected.

Local water issues and politics are important, but the agency has to keep a strong hand in what’s happening in Sacramento to keep water flowing from the delta.

All of which must be navigated by the agency’s general manager. 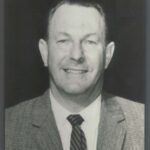 There could be an announcement on who the new general manager will be at the Kern County Water Agency at a special meeting called for tomorrow, Feb. 6, at 11:30 a.m.

The board will hold a closed session to discuss a single topic: General Manager.
200206 KCWA Special Board Meeting Agenda (2)

Following the closed session, the board will announce any “reportable action,” such as whether it has made a hire.

Rumors are rampant about who might take over the Agency, which is the second largest contractor in the State Water Project.

While some have speculated it could be someone from a key state agency, others are sure it will be a manager from another large water contractor.

What’s certain is the Agency’s new General Manager will face a deluge of difficult water issues from the get-go.

Just one immediate concern will be the proposed Sacramento-San Joaquin Delta tunnel.

The delta tunnel would take water directly off the Sacramento River and pipe it 40 miles south to facilities that connect to the California Aqueduct.

The idea is routing water around the tunnel would reduce pumping in the south delta, which has been blamed for the decline of endangered and threatened fish populations.

It faces stiff opposition from environmental activists and delta farmers.

But the proposed tunnel project has also become a source of confusion and frustration for San Joaquin Valley water contractors.

“We still don’t know how much water we’ll get and how much it’ll cost,” said Mark Mulkay, General Manager of Kern Delta Water District, one of 13 member units, or agricultural water districts, that contract for State Water Project through the Agency.

Kern Delta stated some time ago it would no longer participate in the tunnel project and doesn’t expect to receive any water from it, should it ever be built.

The tunnel’s price tag is estimated at $11 billion.

Most of the Agency’s other member units are continuing to participate, but not a 100 percent, Mulkay said.

This could become a major issue for the Agency’s new general manager as ag district contracts have a clause that require the districts to “back each other up,” Mulkay said.

So, if one district opts to be part of the tunnel then goes bankrupt, all the other districts are required to take take on the bankrupt district’s obligations, he said.

“If everyone else is in on the tunnel and the Agency doesn’t amend the contracts, we’d be on the hook,” he said.

And that is just one issue with one ag district.

The other 12 all come with their own, varied issues and agendas that a new Agency general manager will face.

Whoever the new hire is, he or she can expect to be well compensated. The 2018 salary for former General Manager Curtis Creel was listed on Transparent California as $292,530 with a $166,690 benefits package.

Creel retired in December 2019. He had worked for the Agency for 14 years, serving as general manager since 2016. He is now a consultant with Hallmark Group in Sacramento.